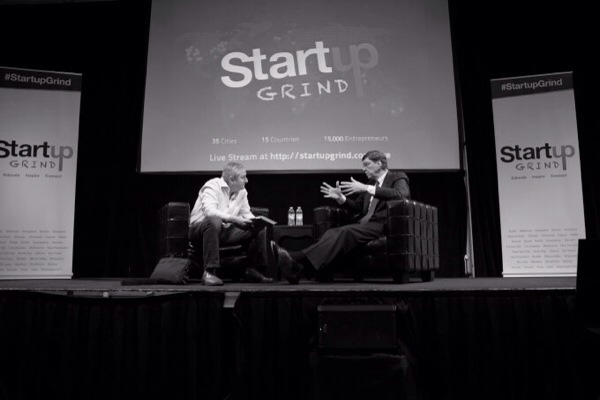 By betting against against equity crowdfunding, Mark Suster is betting against the internet. I believe the internet will do the same thing to early stage finance that it does to all industries. Namely, make them more competitive, connected and democratic.

Early-stage startup finance is a classic two-sided market where two disparate groups of people want to find each other and transact in more efficient and effective ways. Traditional angels and early stage venture capital firms have long commanded supernormal profits through information asymmetry, power imbalances and inefficient communication. By contrast, equity crowdfunding will be facilitated by online tools that provide clearer access to information, smoother matching of supply and demand and more democratic access to relationships and networks.

The quotes below are not verbatim and you should read the TechCrunch article and watch the video if you want to hear their exact words. Also, I’ve quoted Mark and Clayton out of context. The point of their discussion was disruptive innovation in general, and I’m sure that they’d give a more nuanced view if crowdfunding was the specific topic. Even so, these comments were made publicly and do bear some consideration. Mark and Clayton are not expressing a purely personal viewpoint, in fact they probably represent the silent majority of people involved in venture capital.

My rebuttal here seeks not to demonstrate that Mark and Clayton are personally wrong, but that that the dominant mindset in the venture capital industry is wrong. The casual dismissal of equity crowdfunding and the general investing public is a regular refrain from those who want to keep the best deals for themselves. 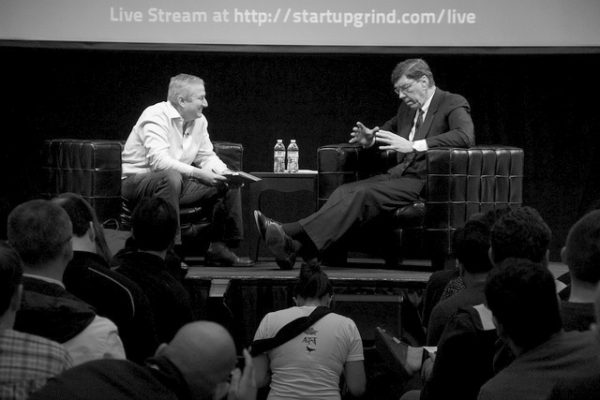 Mark is right that it’s taking longer than anyone expected for the JOBS Act to be implemented and for the equity crowdfunding space to take off. But the key misdirection here is that equity crowdfunding probably isn’t about disrupting traditional venture capital, at first it will be more about disrupting early-stage seed finance and eventually the whole way that capital and labour find each other in modern societies. Even giant IPOs include a mix of large and small investors so venture capital won’t disappear, but it will coexist alongside a more diverse set of funding options.

To the extent that venture capital firms aggregate, rebundle and allocate institutional money into high risk asset classes they have a long, bright and digitally compatible future. To the extent that they act as the sole gatekeepers to growth capital using elitism and proprietary dealflow, their days are numbered. Venture capital might be last against the wall when the revolution comes, but it doesn’t mean that the status quo will prevail. 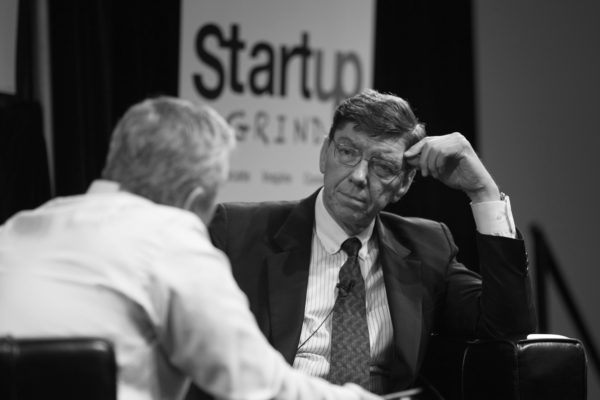 Investing in startups is too complicated for people to understand

CLAYTON: There’s something about crowdfunding that doesn’t feel right to me. If in fact, the creation of new businesses were all the way to the edge of rule-space, then crowd investing would work. Because people could just go down a checklist and say “this fits, this doesn’t, here’s your money.” But investing in startups is somewhere between intuition and pattern recognition, and therefore equity crowdfunding doesn’t feel right to me.

Clayton seems to be viewing equity crowdfunding from the perspective of a single individual investor trying to optimise a rational investment portfolio in the same way that a day-trader picks stocks. This widely held view that the general public are not smart enough to invest in startups misses out a couple of key points:

1. We’re all smart about something, so I might not know much about investing in medical devices but a nurse or doctor might be very well informed about the industry. The whole point of opening up investment to the crowd is to allow everyone to choose for themselves and for the wisdom of informed subject-matter experts to bubble to the top. If the platforms allow for free and open discussion then it will soon become apparent whether industry insiders are backing the company with a groundswell of support. This crowdsources the due diligence process, even on quite niche industries.

2. The other issue is that self-directed investment in any asset class requires massive diversification. Some studies have found that a positive risk-adjusted return for investments in startups only kicks in when a portfolio reaches around 40 startups. If the minimum ticket-size for an investment into one startup is $10,000, then it’s pretty tough for the general public to build a self-managed portfolio of 40 startups. But if the minimum ticket-size for an investment is only $10 then anyone can build a diversified portfolio. 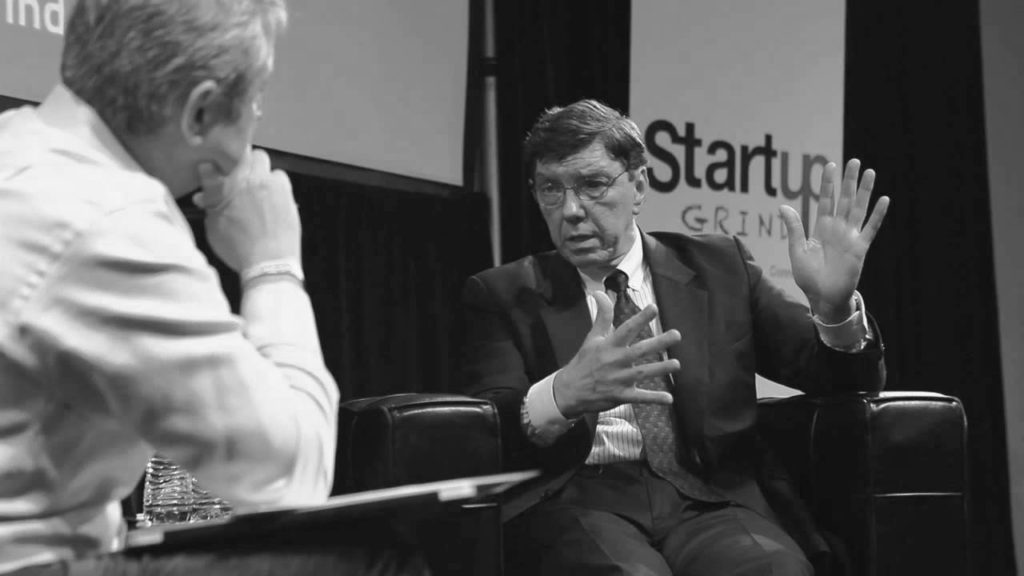 MARK: The advent of equity crowdfunding reminds me of the 1990s, when you had the emergence of AIM in London, the Nuemarkt in Germany, the Nouveau Marche in France, and the NASDAQ in the U.S. And we saw tons of unsophisticated people pouring money into companies that they didn’t understand. In particular, they didn’t understand what determined the value of these businesses. For example my Mom called me and said, “Honey, should I invest in Facebook?” And I’m like, “Not a chance! You don’t know the first thing about it!” At least with public markets, we have regulation that forces disclosures. With the private markets, people are going to invest in things that they don’t understand, which is compounded by the sophisticated capital structures and complex terms such as liquidation preferences and voting rights.

And here, in black and white is the “establishment” view on why the public shouldn’t be allowed to invest in startups through equity crowdfunding. Basically, the view is that the general public are ignorant and gullible.

The truth is quite the opposite. The crowd are very cynical. It’s much harder to mug a hundred people in broad daylight than to mug one person in a dark alleyway. The traditional PT Barnum style of showy investor-con requires a combination of perceived herd mentality and real isolation. When selling fake investments the salesman conducts the pitch presentation out in the open (to activate the herd mentality), but they close the sale individually behind closed doors. By contrast, equity crowdfunding puts everything out in the open.

Sunlight is the best disinfectant and transparency, disclosure and mass-cynicism make it much harder to mislead investors on an equity crowdfunding platform than in a private meeting. 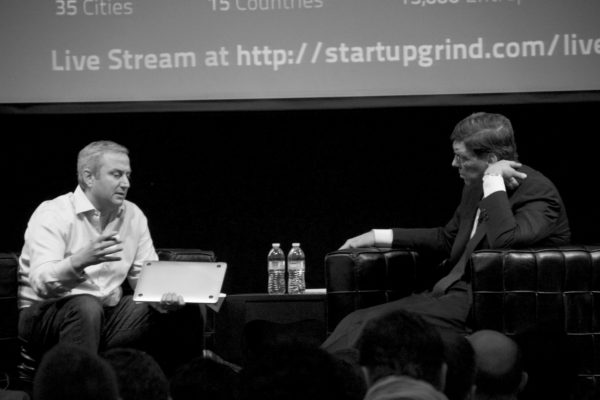 Having lots of investors can screw up your startup

Mark has also written separately about the AngelList syndicate style of online capital raising. Having the public follow a lead investor in a syndicate can help reduce the investor downside. But Mark also, quite rightly, pointed out the potential startup-side downside of having a broad base of investors.

The overhead of having a large number of investors can be minimised through the use of a nominee or special purpose vehicle to hold the shares on the behalf of the crowd. This allows a single trustee to act on behalf of the crowd to protect the investors interests and to deal in a commercially sensible way with the startup. The investor representative can vote the shares, the attend board meetings as an observer and can even waive the investor protection clauses when such a waiver is needed to facilitate a new follow-on round of finance.

As Mark and Clayton have identified, there are many downsides, unresolved issues and uncertainties about equity crowdfunding. But this is true of all truly disruptive innovation. Personally, I’ve learned to never bet against the power of the network to democratise established industries. Equity crowdfunding provides new mechanisms for investors and entrepreneurs to find each other in ways that are more efficient, democratic and connected.

On a personal note, this was a really tough article to write. I dearly love Mark Suster’s blog Both Sides Of The Table and Clayton Chistensen’s work on disruptive innovation has always inspired me. But as tough as it is to contradict two such well respected figures, it’s was even tougher to know that two people who I admire so much could be so wrong.

3 thoughts on “Mark Suster and Clayton Christensen on equity crowdfunding”