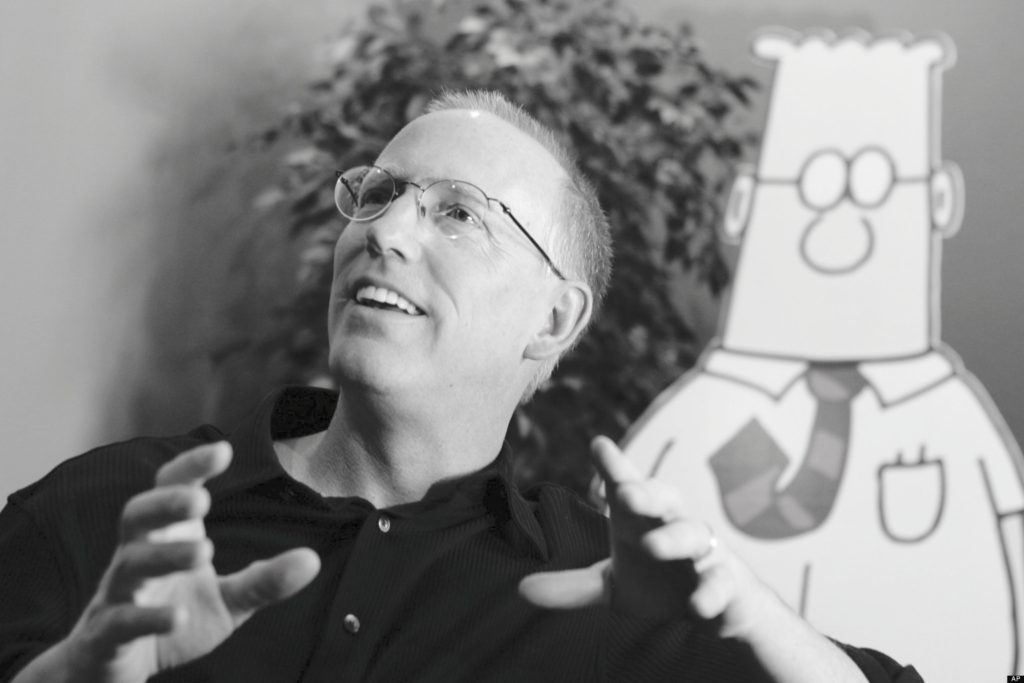 Scott Adams is the creator of Dilbert and an insightful observer of human psychology.

Scott Adams, creator of the comic strip Dilbert, talks about his work in his studio in in Dublin, Calif., Thursday, Oct. 26, 2006. Adams, 49, appears to be a rare example of someone who has largely but not totally, recovered from Spasmodic Dysphonia, a mysterious disease in which parts of the brain controlling speech shut down or go haywire. (AP Photo/Marcio Jose Sanchez)