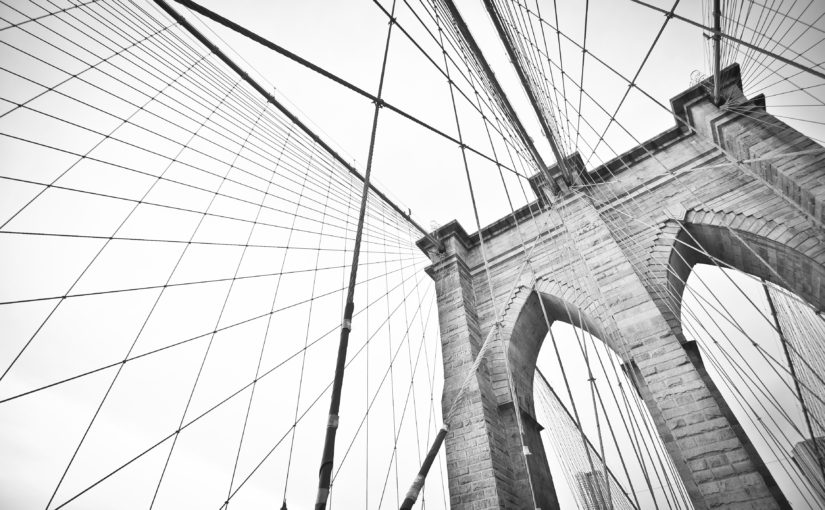 I joined the SeedInvest team in New York just over a year ago. SeedInvest is an equity crowdfunding platform focused on angel investing and venture capital for technology companies.

When I first moved to the USA I looked at the West Coast online investing platforms like Fundersclub, Wefunder and AngelList. In the end, I chose to join SeedInvest because (like Seedrs whet I worked in the UK) they had focused on building a business that takes early-stage investing seriously and treats equity crowdfunding like a smaller version of high-end investment banking rather than a form of charity or gambling.

Like a lot of New York startups in the finance industry, SeedInvest is a hard-charging, hard-working environment. The hours are long and the work is challenging. But the team are 100% dedicated and we are doing things that haven’t been done before, so it feels like the effort is worth it.

To me, it feels like the culture at SeedInvest is formed by two main factors, our co-founders and the city that we’re based in.

The best tech startups coming out of New York are all attacking big, complex industries with large incumbent players. New York startups are taking on the big boys in finance, banking, advertising and fashion.

Co-working spaces like WeWork and Alley NYC have provided a fertile environment for New York’s startups to find each other, meet new employees and connect with investors. But the high cost of office rent, living expenses and developer salaries in New York means that startups based here tend to focus on cashflow and revenue much earlier than those from Silicon Valley.

All of this has bred a unique culture when it comes to the way that New York startups, and particularly New York startups in the finance industry view marketing. Informed by this context, SeedInvest has developed a very disciplined approach to marketing.

We track our cost of customer acquisition very carefully and constantly monitor to make sure that we’re not spending more on marketing that would be justified by the new users that we acquire as a result. Most startups around the world have some general awareness of their cost of acquisition, but almost every marketer that I talk to in New York has also broken down their CAC and LTV on a per channel basis. This sounds like a small distinction, but measuring the ROI of marketing over multiple channels requires much more complicated analytics to be able to attribute visitors and signups over time using cookies to account for multiple marketing touchpoints.

Per-channel cost of acquisition is important for short term optimization across different marketing channels. It allows us to compare the efficiency of each marketing channel and to allocate more spend to channels that provide a better return on investment.

Building a culture of metrics, tracking and analytics actually requires a massive anmout of work and coordination. Every analytics platform promises a single-click install and very little development time to implement. But in practice, even using Segment, Mixpanel, Intercom and Google Analytics requires considerable effort.

Ten year ago, when I first moved into marketing, I was dismayed by the short term focus of most large public companies. On project after project I fought to take a long-term strategic view and to build an enduring competitive position for my clients based on strong fundamentals. I still believe that large companies (who are slow to adapt to change) do need to spot the trends early on and build their brand reputations over time. But for small startups who can pivot and change direction quickly, a short term view can actually be the best way to focus on what really matters.

I’ve found that the time horizon on which you are looking for a return on investment can have a massive impact on the types of marketing activity that you prioritize. For example, if you have a long time horizon, you’ll tend to focus on thought leadership, public relations and community management. Whereas a company with a short time horizon will focus on advertising, email marketing and direct sales.

In New Zealand people often get annoyed when they receive an email from someone they haven’t met before. Cold calling and cold emailing are deeply frowned on. By contrast, a New Yorker will be perfectly happy to hear from you if you are selling something that they want, and they’ll also be quick to tell you if they don’t want what you’re selling. This means that New York startups are among the best in the world at what Gary Vaynerchuk calls the “art of the hustle”. New Yorkers are used to constantly being on one side or the other of a sale. Having worked for and consulted with startups around the world, I can confirm that New York startups hustle harder.

I’ve never seen a more ruthless business culture than in New York. From the large banks to the smallest startups, people are regularly made redundant or outright fired. Good startups treat their staff like their most valuable asset but in New York everyone is replaceable and if you’re not delivering results right now, then there is someone waiting in line who can.

The intensity of competition for jobs has bread a hungry business culture that means that most New York startups can outwork startups from the rest of the world and at the same time can also outmaneuver large companies, because the team members each have so much at stake.

High-end banks are known for their early morning meetings, long hours and 24/7 email responsiveness. Combine this with the software development culture of late night coding and weekend hackathons. And you have a recipe where New York fintech startups like SeedInvest are able to move quickly, deploy cheaply and provide customers with products and services that they can’t get anywhere else.

Personally it took me quite some time to adapt to the long hours. The things that helped most were finding a gym close to the office, and buying a bike to stay fit. Early on in my time in NYC I went through a phase of eating too much late night pizza. But the adaptations I’ve had to make to life in NYC are worth it for the chance to be part of a team where everyone else is as dedicated and committed as you are.

In marketing terms the “Get Shit Done” mentality means that at SeedInvest we’re focusing on projects where we can point to measurable results in the shortest possible timeframe. Shorter feedback loops allow us to learn from our growth experiments faster and to iterate the whole growth engine of the company faster.

My year of startup marketing in New York

Overall, my first year at SeedInvest has been an amazing learning curve. I’m now starting to feel like I really have a handle on our archetypal target customer (high net worth Americans who want to invest in startups). I’m also at a point now where I can point to specific marketing channels and projects that have resulted in new investor signups, increased investment volume and higher quality companies wanting to work with us.

The future is very exciting with the emergence of Mini-IPOs for medium sized growth companies to allow their customer base to become investors and the emergence of Title III Regulated Crowdfunding which will allow smaller early stage companies to raise capital from their customers, fans and community. Each of these new types of capital raising will require whole new approaches to marketing. Exciting times.