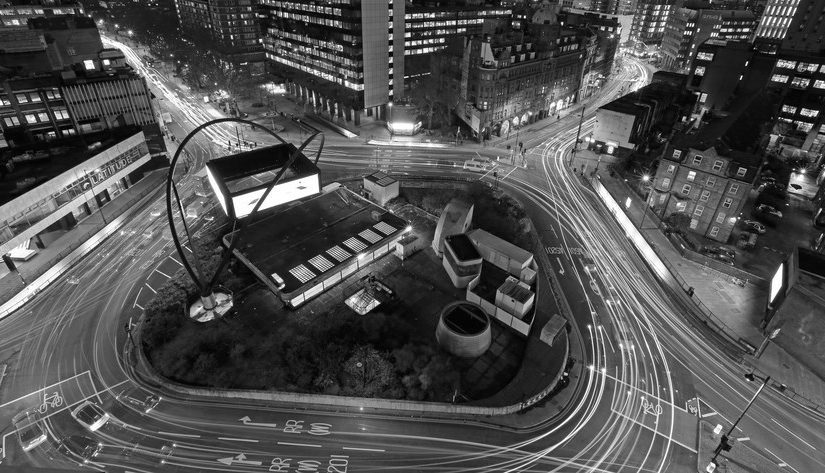 I vehemently disagree with a lot of this article, but it’s so well written that I just had to share it. Murad Ahmed from the Financial Times neatly captures the changes that are happening in the London startup scene and the increase in angel investing and venture capital in Europe.

For 4 years I lived through the heyday of this boom in UK startup funding. But my experience was that to go along with the increase in investors, there has been a corresponding increase in startups so that the two have balanced each other out. The good startups that get funded by good investors are still dedicated, hardworking and humble.

I’ve reproduced the article from the Financial Times site below because the article is so important as a record of a certain time in London’s startup scene and it would be a shame to lose it. You can see the original article, if it’s still visible on the FT site.

Here’s a tale that epitomises the absurd times that tech startups are currently enjoying (or exploiting, depending on your perspective).

In London, a particularly obnoxious and overconfident founder was asked a reasonable question by an investor: “How do you intend to make money?” His response?

“I sell equity to venture capitalists.”

Not an answer likely to reassure a potential backer that he intended to work hard to create a great return on their investment. Yet, his three-year-old company has secured several million pounds in funding.

Selling equity to venture capitalists has become a lucrative business model. In London, Stockholm, Berlin and Silicon Valley, buckets of “seed capital” are sloshing around for wannabe tech founders, allowing them to get even the wildest ideas off the ground.

And these days, entrepreneurship is sexy work. A chief executive title can be parlayed into easy entry to the best parties and makes for a great pick-up line. A decade ago, bright young minds hunted for a corner office at Goldman Sachs or McKinsey. Today, they lease a loft in Shoreditch or Kreuzberg and found a startup.

Investors complain the boom has given rise to a disturbing trend. Young entrepreneurs are quickly hit with the realities of business. Hours are long, setbacks frequent. There is a constant grind to find customers and hire talent. When confronted with these difficulties, they quit.

The abundance of cash flowing into fledgling tech companies is creating a moral hazard. Entrepreneurs enjoy the start-up lifestyle with little personal risk, before choosing an easier career path. Such as working for Goldman Sachs or McKinsey.

David Cohen co-founded Techstars, which provides cash, a workspace and mentoring to start-ups. He recently wrote:

“The thing I worry about is that the Facebook movie and tons of seed funding have made it almost too attractive to get into entrepreneurship. Founders can live for a year or two on seed capital, have some fun and punch their lottery ticket. If things don’t take off immediately, they can simply move on.”

Klaus Hommels is the founder of Lakestar, a European venture fund, and an early investor in Facebook, Spotify and Airbnb. He says the moral hazard is an “unavoidable side-effect” of so much money flowing into start-ups. But he insists it “will give birth to some ideas that wouldn’t have been pursued if the money wasn’t available”.

Anyway, he argues, bad apples are in the minority. Yes, he worries about the “self-celebrating crowd” who believe they are “masters of the universe”. But he feels more of them are sober.

Juan Lobato is a prolific angel investor and co-founder of London-based fintech group Ebury. He reckons investors must share the blame. Too often, he sees savvy venture capitalists insist on funding terms, such as preferential share classes and priority liquidation rights, that leave inexperienced founders feeling more exploited than motivated.

“Sometimes, they offer term sheets that don’t offer entrepreneurs as much of the upside as they should,” he says. “What you want, through the tricky times, is to give them enough incentive to keep going.”

How then to spot the twenty-something entrepreneur committed for a long time, not just a good time? Mr Hommels employs a subtle test of character. During a chat about funding, he deliberately changes the subject. “The cool entrepreneur will immediately get back to the topic and not be a social talker,” he reckons. “The good ones are more focused.”

Mr Lobato’s test is more direct. “I get edgy and unpleasant,” he says. “I want to see what their reaction is. For them, I’m a means to an end. It shouldn’t matter how unpleasant I get. I want to see that they behave rationally and understand they need to get what they need to succeed.”

Danny Rimer, a partner at Index Ventures, a global tech fund, says an obvious turn off is an entrepreneur keen to discuss a quick “exit”. He doesn’t want to hear how they plan to sell out to Google or Facebook within a couple of years. Instead, he wants to hear how their company will be around for another decade.

And sometimes, obnoxious overconfidence has the karmic effect it deserves.

“I had a pitch from an entrepreneur once,” Mr Rimer recalls. “She said: ‘I am the American dream.’ That was a tell-tale sign.”

The writer is the FT’s European technology correspondent

This article first appeared in the Financial Times as:

The moral hazard created by buckets of start-up funding