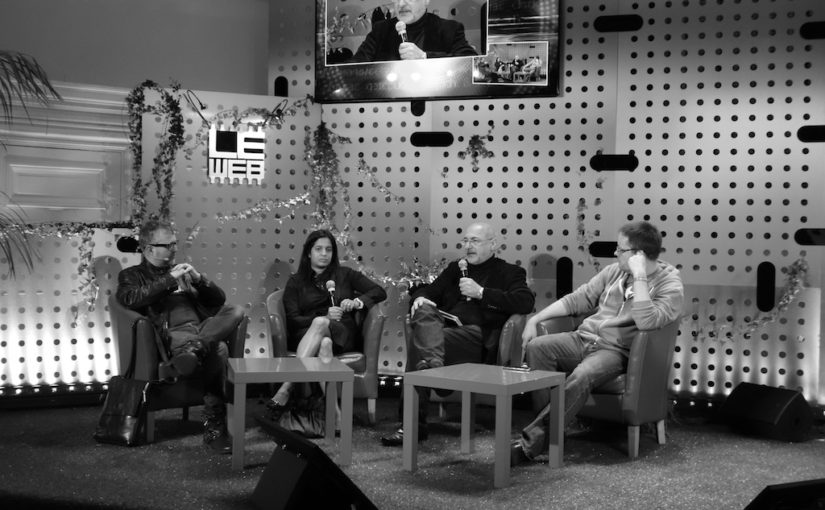 Some of the sayings will provide visual cues for the graphic design process. Some of the sayings will inform the key messages for PR and web copywriting. As a whole, the saying capture a multi-faceted personality, mood and voice for the brand. Later on in the project, some of these sayings might be part of the brand manifesto. But for now, they are just a tool to help translate the internal brand values into customer-centered language.

The Innovation Warehouse brand personality is made up of anecdotes and ideas that we’ve heard from the members, investors, co-founders and team. The sayings express underlaying beliefs that would only resonate with like-minded people. They’re rapid-fire saying that capture the mood of how we want to bring the brand to life.

The sayings are deliberately “contrary”. They can seem aggressive and even confrontational. To help get the brand clear enough to drive the design process, we need to know what the brand “stands against“. There is an old saying that: You can’t know what a person stands for, if you don’t know what they stand against.

1. Building a ‘business’, not just doing a ‘startup’

The word “startup” in this case represents fun, glamour and a short-term view of the world. Whereas at the Innovation Warehouse, the members might be new or early stage companies, but they aspire to be much larger. The members here are not aiming to “do a startup” for its own sake, they’re in the “startup phase” while on the way to their real aim of building a large company.

We still use the word ‘startup’ in our advertising and internal language (because that’s who we want to attract as new members) but the ultimate goal isn’t to create startups, it’s to nurture startups into fast growing businesses.

The entrepreneurs who we admire most have had long periods of persevering against all odds. If you’re committed to your business then the team will be working hard.

Some members described being kicked out of other co-working spaces at closing time or when an evening event was “more important” than the members getting work done. That never happens at the Innovation Warehouse.

Some people say that they have a startup but they’re really just playing at it, having a go in a coffee shop, not managing cash flow and building a team. There’s a demographic in London that is referred to as the “Wantrepreneur“, “Startup Hipsters” or “Trust Fund Entrepreneur“. They have an expensive laptop, a Starbucks latte and they tell everyone that they have a “startup”. But they’re not building a team or taking it seriously.

Some of the Latte Entrepreneurs will build perfectly delightful small businesses. They will become one-man-band freelance web designers, graphic designers and business consultants. But they aren’t hiring employees, seeking angel investment and scaling up a team.

This has created a type of brand schizophrenia. You’ve been promising that the space will be funky, vibrant and dynamic. Instead, what you’ve actually been delivering is a quiet, friendly productive environment. But you haven’t been telling anyone about it.

5. Friendly but not intrusive

The community is convivial, friendly and inclusive. In fact, ironically, because people are generally hard at work, they’re pleasantly surprised to make a new friend or to chat about collaborating on a project. There is a thriving online internal community and the members often swap skills and resources (and the occasional bad pun). This works so well because it’s occasional rather than constant.

The investors, directors and core team are all actively looking for ways that the community can help each other. This comes to life as facilitated introductions instead of accidental encounters.

6. The Harvard of business accelerators

Harvard has a timeless sense of diligence and prestige. The Innovation Warehouse has the chance to position itself by aspiring to similar levels rigour and deep thinking.

The idea of aspiring to be the “Harvard of business accelerators” was one of those glitch in the matrix moments for our team. It really was a key moment in this rebranding journey for us.

Rather than apologising for that sense of business and gravitas, what you could be doing is leaning into it and celebrating it. You could even turn the volume up further with marble busts of key British inventors, leather bound books and leather chairs. Creating a timeless sense of gravitas and professionalism is a huge opportunity for this brand.

Of course, not everyone likes Harvard but the point of the new Innovation Warehouse brand isn’t to be bland and appeal to everyone. Moreover, it’s not Harvard per se that we admire, it could equally be Yale, MIT or Stanford. But Harvard has a certain resonance with the team that expresses the hidden aspirations of the Innovation Warehouse.

7. No fly by night investors

The Innovation Warehouse is a non-profit community that exists to create the perfect environment for business growth. A key part of the mission is “wealth creation” instead of just “wealth redistribution”. The members are generally digital companies that create new business models, not just fight in existing markets. There is a deep sense of integrity, trust and value creation in this community.

Innovation Warehouse can differentiate itself from a lot of fly-by-night type Accelerator programmes (which are transitory and transactional) where you work inside for a few months and then you’re back out and on your way. Mike Butcher from TechCrunch perfectly described the Innovation Warehouse as a “porous accelerator” because people are both joining and graduating in their own time.

The members, investors and team are all interested in serious innovation. They’re all looking for disruptive technology that creates new markets and new audiences. The Innovation Warehouse members are not just making trivial, fun, mobile apps and social games.

Bletchley Park and the Station X code breaking during World War Two are useful visual cues for the brand. There is a legacy of British innovation that this community can draw on. You have a rich heritage of innovation.

Elon Musk (co-founder of PayPal, Tesla Motors and SpaceX) said recently that he’s worried: “Today’s entrepreneurs are thinking too small.“ It’s all mobile apps and social games. The Innovation Warehouse dares to ask: “What happened to changing the world?”

Alan Turing was a mathematician at Bletchley Park during the war and worked on breaking the German Enigma Machine. After the war, he was involved in early computing (the “Turing Test” is a test of artificial intelligence).

We think innovation with integrity really sums up the power of re-purposing military technology to make people’s lives better. We see that same integrity and commitment to innovation here at Innovation Warehouse and it’s unique among the other accelerators and co-working spaces.

We’ve heard several funny sayings around the Innovation Warehouse. These are the sorts of thing that we could put on a T shirt. You probably wouldn’t use them in your advertising, but these are the sort of anecdotes and punchy saying that bring the brand personality to life.

“Perfect place to grow”, the focus of the Innovation Warehouse angel network is to de-risk startups for investment. This means that the co-working space is all about getting rid of the little annoyances that can distract an entrepeneur.

“No Fluff Bunnies”, there is an allergy in this community to the vacuous, hollow, entrepreneur who just fronts a business without any knowledge and intelligence behind them. People at the Innovation Warehouse are straight talking, honest and genuine.

“We’re in it together”, there is a real sense in this community that we’re all in this together. You have things like the ‘honesty box’ system for snacks, the fair-use meeting rooms, and lots of small (but important) trace indicators of rituals that are all about trust, community and a shared sense of purpose. Recently the Innovation Warehouse community adopted a kitten together and she now guards the office and welcomes visitors.

“Why do you need a thirty story building to lend money from one person to another?”, the Innovation Warehouse creates opportunities for angel investors and startup companies to meet each other directly and do business without multiple intermediaries.

The brand personality forms the transition between strategy, messaging and design. The personality articulated in this stage is used as the starting point for the graphic design process. You can follow along with the project on the Innovation Warehouse community blog and Klaus Bravenboer’s blog.